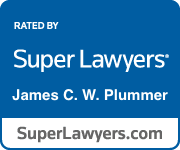 Jim Plummer is a Partner with Berg Plummer Johnson & Raval, LLP. He has been licensed to practice law in Texas since 1974, and has handled litigation affecting the legal of both individuals and businesses for 48 years. While has handled all types of civil litigation across his extensive career, Jim currently focuses his practice on insurance claims and insurance litigation. In addition to his current work, he has also represented clients in personal injury matters and in business litigation.

The genesis of his insurance litigation practice focus occurred when Jim was hired by a young couple with two small children who had just lost their home in a fire. The insurance company denied their homeowners’ claim based on mere suspicion that they had committed arson and burned down their own home. Jim took their case and won a multimillion-dollar jury verdict – reportedly the third largest verdict in that county at the time. It was discovered that the insurance company had no evidence the homeowners set the fire and the evidence in fact pointed to others with an axe to grind with the homeowners. This trial epitomized the notion that insurance companies too often violate their duty to handle claims fairly and in good faith.

Since then, Jim has prosecuted a number of insurance claims on behalf of individuals and businesses holding the insurer to its duty of good faith and fair dealing, and compelling them to live up to the promises made in the insurance policy. In addition to property and casualty claims, Jim has prosecuted a large number of claims for life insurance, accidental death insurance, and disability insurance benefits under individual policies and group insurance policies governed by the Employee Retirement Income Security Act of 1974 (ERISA). The ERISA claims on group insurance policies have also included claims against the employer and insurer for breach of fiduciary duty resulting in a loss to the policyholder or beneficiary.

Jim has longstanding relationships with many clients, several of which have left him thankful online reviews, including statements such as “Mr. Plummer and his staff make you feel that you are the most important client that they have. They answer and respond to your phone calls promptly. My lawsuit was a disability insurance case against The Hartford. Like all of these cases it seemed to take forever but they were there to keep you going. I won my case and obtained all I legally could ask for. Even after winning the case, I continue to use their services to represent me in all my communications with The Hartford.” Another grateful client said, “Nice words are not enough to describe how pleased I am with this office. If you are looking for the most honest, professional, ethical, and knowledgeable attorney look no further than Mr. Plummer and his associates. They have a special way to make you feel that you’re the most important client they have. They are great listeners and will give you the time and provide you with the most sincere expert advice. They’re very prompt in returning phone calls and answering all your questions. They are truly on your side and they will fight for you. Given the five stars service you get, you would think that Mr. Plummer’s fees are sky high; however, surprisingly, Mr. Plummer’s fees are extremely reasonable and his office is worth every penny, even if they charged me more.”