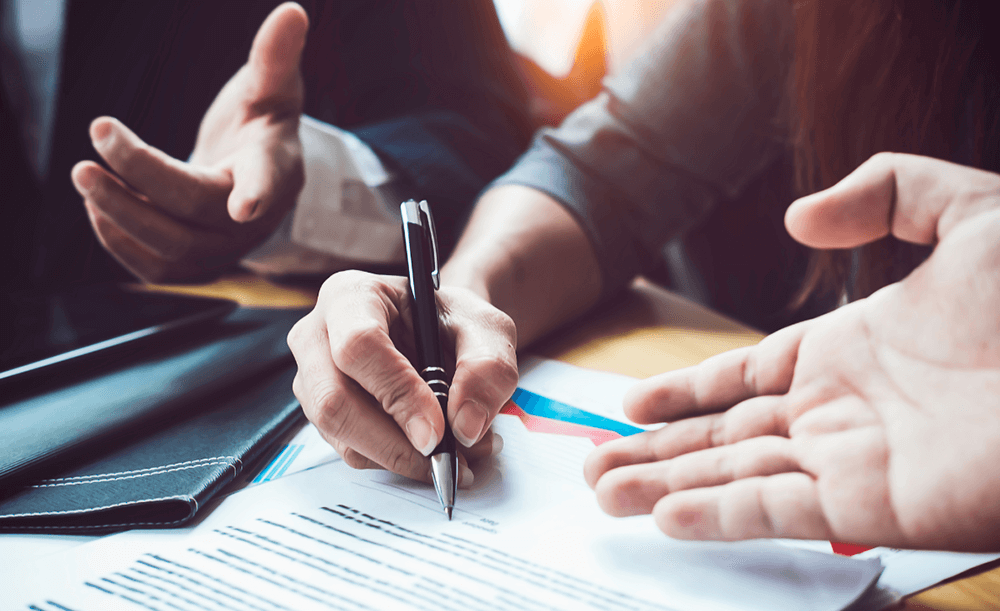 Business litigation may be required when a contract is breached or when its terms are contested. Legal contracts, especially business contracts, can be extremely complex, and litigation involves showing the intent and meaning behind a contract’s terms, examining the legality and enforceability of the terms, determining which provisions, if any, have been broken, and if so, determining what damages are owed or what other possible remedies are available.

How Can a Breach of Contract Lawyer Help?

The party or parties being adversely impacted by a breach of contract may pursue a number of different legal actions. A business lawyer is generally needed to seek out and obtain appropriate legal recourse. The lawyer will have to defend the contract and justify how the breach resulted in losses. If the defending party decides not to pursue the action in court, the matter can still continue through settlement discussions, which are typically led by a breach of contract attorney.

The plaintiff can obtain the remedy they are seeking due to the breach with sufficient proof and a strong contract. An attorney will obtain the evidence necessary by reviewing the contract and its terms in-depth and through the discovery process once a lawsuit is filed.

When a breach of contract occurs, a commercial litigation lawyer will typically send a demand letter or other comparable document to the offending party as soon as possible. The attorney may, however, directly address the issue and what the breached party needs. Depending on the type and/or seriousness of the breach, the contract at issue may specify what actions are required and/or what remedies are available. If not, Texas law provides for many remedies for breach of contract depending on the situation, and an experienced business attorney will always recommend and pursue the best course of action.

The legal phrase “breach of contract” refers to a violation of a contract or agreement that takes place when one party fails to carry out its obligations under the terms of the contract. Sometimes it entails infringing on another party’s ability to perform their obligations. A contract might be broken entirely or partially – meaning a party can breach one or multiple provisions and not the whole contract.

Most contracts come to an end after both parties have fulfilled their duties, but occasionally one party falls short. The main result of contract disputes is a breach of contract.

A contract can be breached through a material breach or minor breach. If a party receives something materially different from what was agreed upon in the contract as a result of the breaching party’s failure to perform some portion of the agreement, the breach is considered material. The non-breaching party no longer needs to comply with the terms of the agreement when a material breach occurs, and they are also entitled to all remedies available for a breach of the entire agreement.

A breach is deemed minor if a party still receives the goods or services promised in the contract even though the breaching party did not fulfill some of its obligations. When a breach is minor, the non-breaching party is still obligated to uphold the terms of the agreement but remains entitled to damages.

Elements of a Contract

In cases involving a breach of contract, the plaintiff has the burden of establishing that the agreement has all the requirements necessary to make it binding. All contracts, at their base, require that four elements be present for an agreement to be legally binding. Those elements include offer, acceptance, consideration, and mutual obligation/the intent to be legally bound by the contract.

If the other party accepts the offer in its entirety, a contract has been formed, unless the other side seeks to improve its position by putting forth a counteroffer. Before agreements that are acceptable to both parties are agreed upon, the bargaining stage may go back and forth repeatedly. Without mutual consent, there can be no acceptance and hence no contract. However, if the terms and procedures stated in the acceptance exactly match those in the offer, a contact is established.

A legally valid contract requires each party to mention “consideration,” which is the benefit each party will receive as a result of the agreement. In most cases, consideration consists of a promise to do something. Some courts may rule that a contract is void if there is no consideration involved. In most business contracts, the promise of money or work is considered sufficient to form a legally binding contract.

Intent to be Legally Bound

When both parties agree to be bound by all terms of the contract, it becomes official. This is usually facilitated by a signature.

Remedies for a Breach of Contract

If the opposing party is deemed to have broken a contract, there are numerous ways a plaintiff might be made whole, with the most common remedy being a monetary payment. The main remedies for breach of contract include:

In addition, plaintiffs can recover punitive damages and attorneys’ fees in some instances of breach of contract. Punitive damages are additional sums of money a court may award as a form of retribution when a contractual violation was exceptionally flagrant and deliberate.

If you want to file a breach of contract claim in Texas, it is important to be mindful of the applicable statute of limitations. A plaintiff has four years from the date upon which the breach occurred to bring a claim for breach of contract. The Texas breach of contract attorneys at Berg Plummer Johnson & Raval, LLP provide skilled counsel to a variety of clients, including both individuals and companies, to resolve business disputes involving breach of contract. Call (713) 526-0200 for more information.